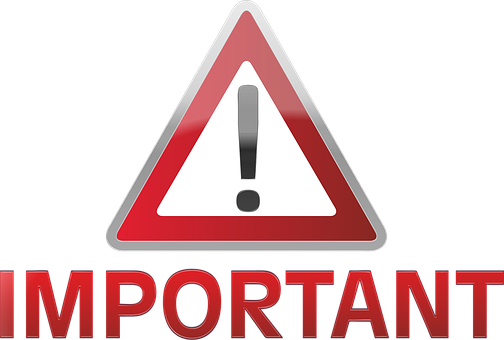 Before you continue to your downloads, here’s one last thing to consider…

There’s one thing that ALL top copywriters have in common:

A VAST Library of books and recordings on
marketing, advertising, copywriting and other related materials

Success with your marketing, advertising and copywriting is best achieved by building a solid foundation of knowledge. And that is best done by studying the masters. Go right to the source. All the best copywriters and marketers know this and have built up their libraries over time.

If you want PROVEN techniques, you can’t do any better than techniques that have been working for decades, some for over 100 years. This library is where you’ll find those golden nuggets that will skyrocket your results.

Sure, products evolve and change.

We no longer sell wringer-type washing machines and model T’s.

And the way we reach the buyer is no longer just newspaper, magazine and radio but additionally, TV, YouTube, mobile apps and the Internet. Yet, the buyer’s basic human nature and what he or she responds to remains the same.

Jay Abraham said it best in the first report of his “Your Marketing Genius At Work” when he said:

“Human nature is immutable. People respond to the same basic appeals that they responded to 100, 200 or even 1000 years ago. Products, language, and levels of sophistication evolve, but people still want security, beauty, health, happiness, riches, services — benefits!”

This library is an opportunity to tap into the collective knowledge of the greatest advertising, marketing and copywriting minds that have ever existed. This is where you’ll find true marketing treasures that will inform your skills.

Here’s what’s included in the library:

Gary Halbert’s Hurricane Andrew Seminar – One of the best seminars Gary ever did. He sold only a limited number (60) at $1,000.00 each. I bought the rights from the producer, Ron Beaman, and transferred them to digital. So, now you can get them as instantly downloadable mp4 files. The seminar speakers were Gary Halbert, John Carlton, Dan Kennedy, me (Carl Galletti), Ted Nicholas, Bill Myers, Kyle Hunter, Eric Weinstein, Mark Stoddard, Joachim DePosada (motivational speaker and father of the NY Yankees catcher), Joe Sabah (Radio Talk Shows), Evan Williams (later became co-founder of Blogger.com and then Twitter!!!), Brad and Alan Antin, Gary North, Mike Enlow and Gene Dowdle. Normally sells for $997.00.

Newstrack Advertising Classics — A collection of 8 of the greatest advertising books in audio format. Originally sold in audio cassette format for $295, then in CD for $195. Included here in over 21 hours of instantly downloadable mp3 format that normally sells for $97.00.

Eugene Schwartz LIVE! A Workshop at Rodale Press — The only surviving video of Gene. He teaches his process for writing copy. A rare find.  Normally sells for $49.97.

2001 Greatest Headlines — A collection of more than 2000 successful headlines to inspire your own headline creation. And, as many famous copywriters have said: the headline is the most important part of your ad. Normally sells for $49.97.

Gene Schwartz on Breakthrough Copy by Eugene M. Schwartz — Shows you how one of the greatest copywriters of all time writes his copy.  Normally sells for $19.97.

127 Winning Headlines by Gene Schwartz — Compiled and written by Lawrence Bernstein. Brings Gene’s work in one volume with an analysis of each of his famous ads.  Normally sells for $29.97.

Fundamentals in Advertising by Albert D. Lasker — This is the transcript of a talk given by Lasker to teach his copywriters about the principles set down by Claude Hopkins, John E. Kennedy and himself to dominate the advertising business in his day. It normally sells for $19.97.

The Robert Collier Letter Book by Robert Collier — The most recommended book on the subject of letter writing. Remember, these fundamental principles can also be applied to emails, web copy, etc.  Normally sells for $29.97.

Robert Collier’s Million Dollar Sales Letters — A sampling of letters actually written by collier. Includes many classic examples, such as the dollar bill letter and the coin letter. A great companion to the letter book. Normally sells for $19.97.

Basic Correspondence Library by Herbert Watson of The System Company — This is one of the books that Robert Collier learned from. It contains two huge volumes that get into great details about letter writing.  Normally sells for $29.97.

How To Write Letters That Win by Herbert Watson of The System Company — Here’s another great book on letter writing that served as a great influence for Robert Collier. Normally sells for $29.97.

How To Write a Good Advertisement 1942 by Vic Schwab — This is the first edition of the book which has the principles laid down by Schwab. Later versions included a list of ads which are not in this one but we’ve made up for that elsewhere in this offer. It normally sells for $19.97

41 Great Ads and What Made Them Great— A timeless collection of proven great ads written by some of the greatest ad writers throughout history. Includes an analysis of each. Normally sells for $19.97.

72 Master Letters and What Made Them Pay by The System Company (contemporary of Lord & Thomas agency and included many people trained by them) — Here are the 72 most effective from among 5,063 successful letters gathered through a nation-wide search. It gives you great insight into how to write successful copy, not just for letters but also for emails, web pages, etc. Normally sells for $19.97.

The 100 Best Headlines and How They Could Make You Rich by Carl Galletti — Shows how to write effective headlines. Includes some of the best for your study.  Normally sells for $19.97.

How To Create Advertising That Sells by David Ogilvy — David Ogilvy’s course in advertising. Contains 38 specific, insightful and amazing tips to improve your advertising and promotions.  Normally sells for $19.97.

The First Hundred Million Expanded Version — This book tells how one man sold over 100 million books. Includes what topics and subjects the public wants to buy. Dan S. Kennedy said: “provides that very, very rare inside look at all the thinking, strategy, mis-adjustments, experiments and lessons behind an epic success.” Ted Nicholas said: “Reveals more useful marketing secrets than any book I’ve ever read.” This is the first time the EXPANDED VERSION is being released. It includes a statistical analysis of all the titles mentioned in the book but puts them all in one place so you can more easily see the winners. Organized by number sold and by subject/number sold. Also includes a detailed history of The Little Blue Books which are the subject of this work.  Normally sells for $29.97.

Scientific Advertising AUDIO and VIDEO versions — You already have the book but it is such an important book that you need to firmly install it’s brilliance into your marketing mindset. That is best done with multiple media. Brain scientists agree that using multiple modes in your studying achieves better retention. Audio and video works wonders to do that. Jay Abraham read Scientific Advertising dozens of times to firmly integrate its wisdom. This gives you a short cut because using the audio and video supplements the reading and brings you to the knowledge much quicker. The audio version sells for $19.97. The video version sells for $29.97.

My Life in Advertising by Claude C. Hopkins — This is his autobiography but, more importantly, it is the background which led him to his discoveries. For me, it clarified how and why the principles in Scientific Advertising came about. It sells for $19.97. Also, included is the audio version which normally sells for $19.97 also.

So here’s what you are getting with the Copywriter’s Library:

But you won’t have to pay that much for it now because, as part of this offer…and only while you are on this page…you can have it ALL for just one low, low investment of only $97.

Your Investment for this Special Offer Only…

But only while you are on this page.
Leave this page and you will not be able to return and get the same offer